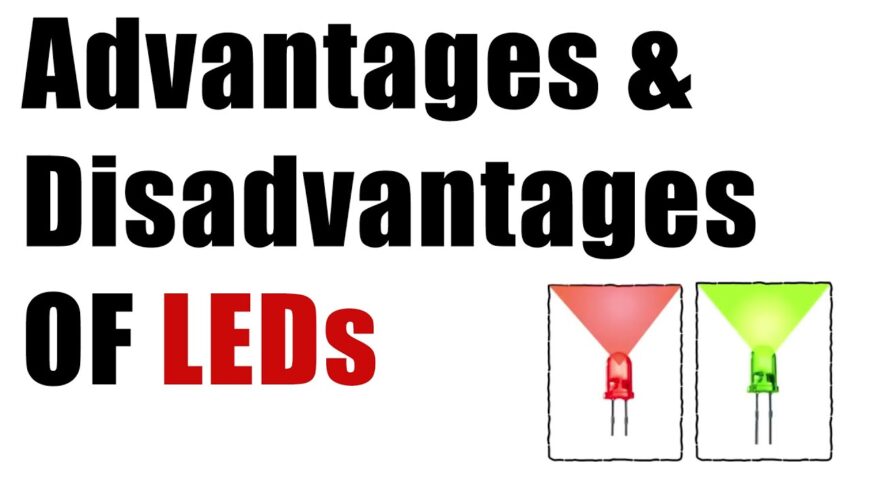 Light-emitting diodes, which are known as LEDs for short, have been used in electronics for decades but using the same technologies to be used as substitutes for fluorescent and incandescent light bulbs is a fairly recent development. If you are considering switching to LED light sources, it’s important to know the benefits as well as any potential drawbacks you might face so you can make an informed decision.

Let’s discuss the various advantages that make investing in LEDs a worthwhile option.

Perhaps the greatest benefit that you can gain from LEDs is their long service life. LED lights can easily be used up to more than 11 years, making them 2-4x more long-lasting than other options such as fluorescent, metal halide, and sodium vapor lights. Another great feature of LED light is that it doesn’t cause any degradation from frequent switching. So if you consider the time and resources you won’t have to waste in terms of getting replacements, LED lights are far more superior.

You can cut down your energy usage up to 90% by installing LEDs depending on what kind of bulbs you used previously. They operate on extemely low voltage and consume low amounts of energy. Not only it’ll allow you to save up money as it cuts down costs on the electricity bill, but you can also be more socially responsible.

Not only are LED lights energy efficient, but they are also environmentally safe than traditional light sources as they don’t have any mercury internals. Since LED lights produce close to zero UV emissions, they are safer to use for the user as well.

It’s always better to know what you’re getting your hands into, so here are potential constraints that you might face if you plan on using LED lights.

While Led lights are durable but you will have to maintain the environmental temperature for optimal performance. Therefore areas with extremely high temperatures, such as steel mills, can cause LED lights to malfunction and can reduce their service life.

Complex Setup LED lights can be a great advantage in terms of cost-efficiency, but there is a learning curve. Due to complexity in terms of system design and setup, it can be somewhat of a hefty initial investment.