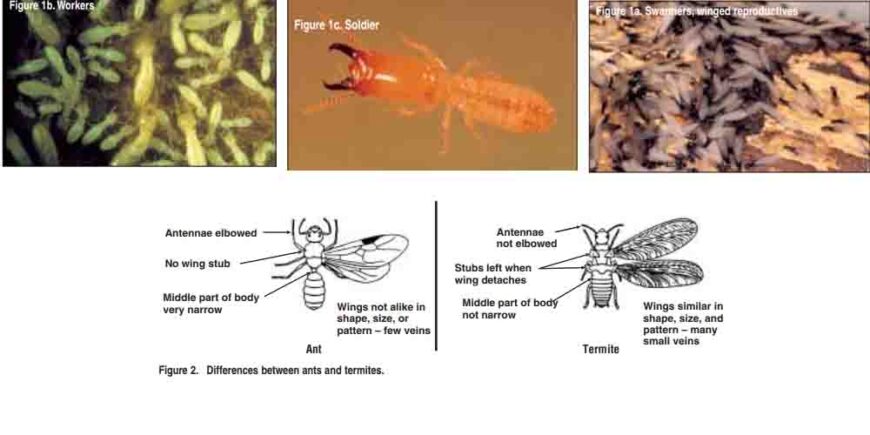 Subterranean termites are the most destructive insect pests of wood in the United States. They cause billions of dollars in damage each year and have a negative impact on a family’s most valuable possession—the home.

In nature, subterranean termites are beneficial because they break down cellulose into usable nutrients. The biomass resulting from this process is recycled to the soil as humus. Subterranean termites are, therefore, considered important in our ecosystem. Problems occur when termites attack the wooden elements of homes, businesses and warehouses built by humans. The presence of termites is often not readily noticed because their activity is hidden behind wallboards, siding or wood trim. Homeowners in all areas of Texas should watch for subterranean termites and take precautions against infestations. To minimize damage from termites, it is helpful to know the description, life cycle and signs of infestation of
termites as well as preventive and control measures.

Native subterranean termite species in the Genus Reticulitermes are found throughout the state. Overall, Reticulitermes termites are considered the most economically important because they are so broadly distributed.

The second and increasingly important termite is the introduced Formosan subterranean termite, Coptotermes formosanus. The Formosan termite is easily transported from one infested area to another in landscape timbers, railroad cross-timbers, mulch and wooden pallets. Isolated infestations of Formosan termites have been reported in many areas of the state (See E367, “Formosan Subterranean Termites”).

Subterranean termites are social insects that live in colonies within the soil, hence their name “subterranean.” These colonies contain three forms or castes: reproductives, workers (pseudergates) and soldiers. Subterranean termites have several stages: the egg, larva, apterous workers (wingless), a brachypterous nymph (with wing pads), soldiers and adult swarmers. There are three forms of adult reproductive termites including primary, secondary and tertiary (Fig. 1a).

Reproductive males and females can be winged (primary) or wingless (secondary or tertiary). Females of each can lay eggs and produce new offspring. The bodies of winged primary reproductives, also called swarmers or alates, vary by species from coal black to pale yellow-brown. Wings may be pale or smoky
gray to brown and have distinct vein patterns used in identification. Reticulitermes swarmer termites are about 1 ⁄4 to 3 ⁄8 inch long.

Remaining you can read from here: https://agrilife.org/aes/files/2010/06/SubterraneanTermites.pdf