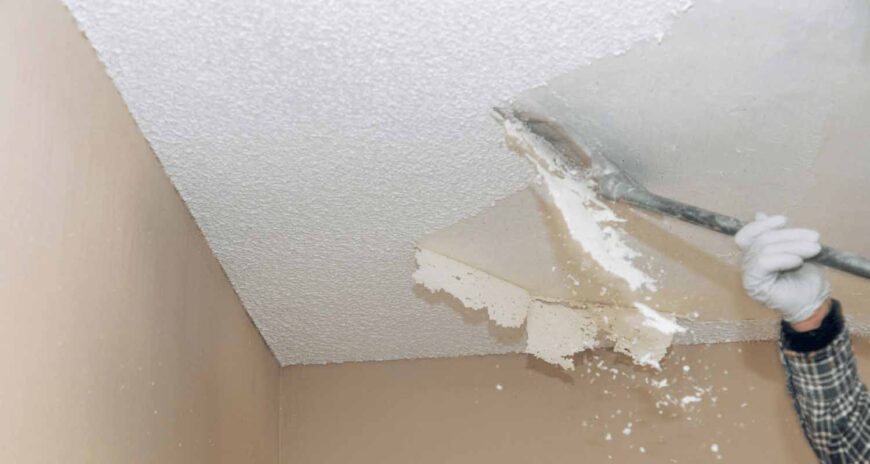 Popcorn ceilings are rather conventional and are losing popularity in today’s age. The age of modernity has swept all the traditional designing as the view of aesthetics has changed. Although popcorn ceiling is still used in some homes, they are considered a stain on the overall aesthetics of the place. For this reason, many people consider removing them. Popcorn ceiling removal in Hawaii is popular in the houses there. However, the cost of removal depends upon the area a ceiling covers. Despite the issues leading to the removal, these ceilings have numerous benefits as well.

Popcorn ceiling has a larger surface area as compared to flat ceilings and this renders extra benefits to it. The enormity of surface area is owed to the bumpy character of this ceiling type. It muffles the noise, thus is popular in multistory buildings. The noise of the floor above is buffered to a certain extent, thereby promoting peacefulness in the floor below.

Due to the substandard level of this ceiling, it can be done by almost anyone; skilled workmanship is not required. Nor does it demand perfection and extra time. For this reason, it is easy to build and is cost-effective relative to other ceiling types. Since it is already rough, the imperfections within it are hidden well. From dents to damages from leaks, everything is concealed within the ripples of this ceiling. Thus, unskilled labor can easily complete this job.

Diminished aesthetics of the space

Owed to the transformed perspective of the aesthetics, most people consider plain ceilings to the popcorn ones. There are several reasons for this: Discoloration due to dust and accumulation of other impurities is more evident than in plain ones. For this reason, it demands maintenance at a quicker rate than the rest. The repairing and upkeep is a daunting and taxing task. Since these ceilings are harder to paint over, the whole process demands patience and is time-consuming. For these reasons, they are losing their preference for houses.

Catches dust and other impurities in the air

The capability of catching impurities, dust, and debris in the bumps of the ceiling is improved at an alarming rate once the popcorn ceilings are installed. This corrodes the look of the ceiling over time, thus demands repainting. Naturally, this task is laborious. Moreover, sharp shadows are cast with these bumps, destroying the peaceful ambiance of spaces. For this reason, floor and table lamps are preferred to ceiling lights.

Once the popcorn ceiling is made within the homes, it is rather difficult to remove it. However, the percentage ease of removal depends upon the sub-categories of this ceiling. If the ceiling is asbestos, its removal is hazardous to health. Without precautionary measures, the fiber in it will deteriorate the health by causing diseases such as lung cancer, bronchitis, etc. hence, if the removal is being considered, the occurrence of asbestos within the ceilings should be taken into account.