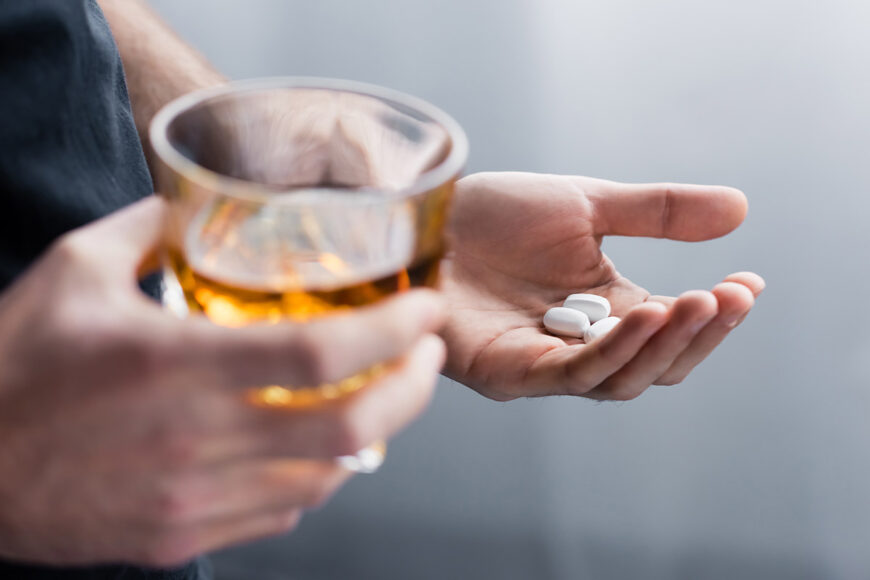 You were having nights out with friends in a bar and lost count of how many shots or glasses of alcoholic drinks. You reached home moments later feeling hungover and headaches. Now you’re wondering, is it safe to take painkillers after those drinks you had?

What is considered a painkiller? Painkillers include paracetamol (acetaminophen), NSAIDs (non-steroidal anti-inflammatory drugs) and opioids. Painkillers exist in many forms such as tablets, capsules, injections and even patches. OTC (over-the-counter) painkillers such as paracetamol are easily accessible and need no prescription. NSAIDs such as ibuprofen, ketorolac, mefenamic acid, celecoxib, etoricoxib and diclofenac, sometimes may need prescriptions as some of those medicines need to be under doctor’s surveillance. Opioids on the other hand must require doctor’s authority and prescriptions as it is a control drug and wrong dosage could lead to potential life-threatening conditions. Some of the well-known opioids types of drugs are tramadol and fentanyl.

Paracetamol works well for mild pain such as fever and headache. It is eliminated by the body through metabolism of the liver. Paracetamol by-product from the metabolism process is known to cause possible hepatotoxicity (toxic liver). Alcohol will cause the liver to be more sensitive to the by-product, thus making the liver susceptible to damages. Even having just 3 alcoholic drinks during the day while taking acetaminophen could result in severe liver injury. Usage of paracetamol should be avoided with alcohol especially in severe alcoholism. Maintain your health.

NSAIDs are often prescribed in mild to moderate pain such as gout, osteoarthritis, menstrual pain and even dental pain. It has been known to cause irritation to the stomach and possible internal bleeding. That is why NSAIDs are advised to be taken after having a meal to prepare the stomach before in contact with NSAIDs. Some health practitioners also advise patients to take antacids to avoid gut irritation. Having alcohol along with NSAIDs will increase damage to the stomach. NSAIDs are also linked to renal impairment by compromising blood flow to the kidney. Alcohol will make things worse by causing changes to the kidney system of filtering blood. This causes the kidney unable to function properly and leads to kidney failure or injury.

Opioids are usually the last resort for painkiller options. People with moderate to severe levels of pain will benefit from the usage of opioids. This is especially true for people with terminal illness or those with chronic pain that is uncontrolled by therapy beside drugs and non-opioids medicine. Some doctors even called it “god’s own medicine” due to its powerful painkiller properties. When alcohol and opioids are used together, it will slow down breathing rate. This eventually causes less oxygen to be distributed to the whole organ and possibly fall into comas as the brain is unable to function optimally. In severe cases, it could lead to death. Opioids are generally known to cause sedating effects and by combining with alcohol, sedating effects will be stronger. A person can easily lose consciousness and body balance, leading to severe falls and possible motor vehicle accidents.

Back to the question of “Can I drink alcohol if I’m taking painkillers?”. The simple answer is highly advisable not to drink while on any painkiller. However, if you really need to take the medicine as soon as possible after drinking, it would be great to get advice from the doctor first. Although most OTC drugs are considered less likely to cause significant harm when mixed with alcohol, there’s always a possibility of adverse effects. It’s always better to be safe than sorry. Know about our Hajj vaccination package.