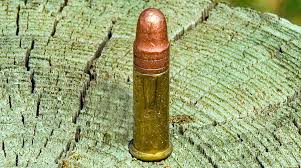 First-time gun owners often buy a handgun for self-defense, and for many of these people, their gun collection ends there. There is nothing wrong with owning only one gun, but there is one caliber that you should consider adding to your arsenal: the .22 Long Rifle.

People around the world have grown up shooting this round, learning the basics of marksmanship, target shooting, and hunting. With its versatility, cost-effectiveness, and ease of learning, the .22LR is available in a wide range of platforms.

Sporting rifles, handguns (both semi-automatic and revolvers), lever & bolt-action rifles, as well as traditional semi-auto rifles, like the Ruger 10/22, are all available on wildernesstoday.com.

There are revolvers, striker and hammer-fired pistols available within the handgun platform, as well as target models and unique pistols like the Ruger Charger, which are great for hunting varmints and other small game.

One of the major benefits of possessing more than one .22LR firearm is the ability to use one round across multiple firearms. Since .22LR is an affordable round, you will have no excuse not to train and be prepared.

In terms of training, that’s another “Pro” for the .22LR: increased training and carryover. Let’s say you’d like to improve your shooting with an MSR platform. If you’re shooting .223 or .308 from that gun, putting hundreds of rounds down range quickly adds up.

By using a .22LR conversion kit, you can shoot .22 out of the same rifle for a fraction of the price. Obviously, the recoil may be different than you’re used to, especially if you shoot .308 normally, but you’ll have a great time behind the trigger.

Shooting .22 is a great way to practice your ready up presentation, target acquisition, trigger control, and body positioning. Then, when you go back to your regular caliber, your fundamentals and muscle memory are vastly improved, and you save money, too!

The low recoil and low report of the .22LR round make it a great round for training beginners. New shooters are well advised to start out with a .22 rifle or pistol. If they’re preparing a When it comes to self-defense, finding a .22LR conversion kit or model of the firearm that you want to carry is actually quite simple.

There are a lot of conversion kits out there that allow you to change between calibers easily. In this way, you can practice maneuvering, drawing, and shooting with your everyday carry gun, while getting used to basics of shooting, such as proper grip, stance, and sight picture.

You have a wide choice of .22 LR caliber firearms to choose from and there may be more than one gun that meets your needs. In general, a .22 rifle is a good starting point; whether you opt for an MSR style rifle or a traditional rifle like the 10/22, a rifle is a great choice for a .22 gun, whether you use it for training, hunting, plinking, survival, or a combination of all of these things.

There is nothing wrong with adding a .22 LR firearm to your collection, and depending on what you plan to do, you may want to buy more than one. This allows you to train on basic firearms and marksmanship fundamentals with the same ammo.